‘Tennis Elbow’ or ‘Lateral epicondylitis’ to give it its proper name is not suffered solely by tennis players however playing tennis is often the cause of the condition. In short, it is inflammation or degeneration of the common extensor tendon of the forearm (this tendon lies on the underside of your forearm if you were to hold your hands out with palms up).

It also involves inflammation of that tendons attachment point to the lateral epicondyle of the humerus bone (so imagine the knobbly bit on the outside of your elbow). The tendon runs from fingers down the back of the hand and crosses the elbow joint to attach onto the humerus bone. It’s far from ‘humorous’ if you have this condition as it is very painful. Even a simple thing like opening a jar or wringing out a cloth can feel unbearable.

If playing tennis is the cause, usually it is backhand that causes it. The wrist should stay in a neutral position when hitting this shot however if the wrist is extended during the strike then it requires concentric contraction of the wrist extensor muscles and therefore puts a strain on the common extensor muscle belly. It can still happen if the wrist is held in neutral if, for example, their opponent plays with more force than they are used to or if the player for longer than they are used to.

Extended time spent gripping an object such as a screwdriver, pen, pencil or even a steering wheel can all lead to tennis elbow. It is a very common condition.

Signs and symptoms are pain and tightness or contraction of the muscles.

A client attending the clinic for treatment would have their range of movement assessed and importantly as part of the consultation a chat about what things they could do before the condition presented – like opening a jar or hitting a backhand shot to use as a goal for recovery.

Using various techniques such as Myofascial release, Soft Tissue Release, Muscle Energy Techniques, Joint mobilisation, and Trigger Point Therapy, we would treat the associated muscles and tendons of the arm and hand to encourage a greater range of movement and reduce pain.

Depending on the individual case, we may suggest to the client to use ice in the initial stages (if it is inflamed and swollen) and possibly warmth in the later stages.
We may also suggest that the client do some self – massage soft tissue release and or stretching of the hand and fingers into flexion which we would demonstrate during treatment if appropriate.

While it may be a piece of unwelcome advice for a keen tennis player, the best thing a client can do to aid recovery is to refrain from repeating the thing that is causing the condition to let the body’s own repair mechanism work.

This website uses cookies to improve your experience while you navigate through the website. Out of these, the cookies that are categorized as necessary are stored on your browser as they are essential for the working of basic functionalities of the website. We also use third-party cookies that help us analyze and understand how you use this website. These cookies will be stored in your browser only with your consent. You also have the option to opt-out of these cookies. But opting out of some of these cookies may affect your browsing experience.
Necessary Always Enabled
Necessary cookies are absolutely essential for the website to function properly. This category only includes cookies that ensures basic functionalities and security features of the website. These cookies do not store any personal information.
Non-necessary
Any cookies that may not be particularly necessary for the website to function and is used specifically to collect user personal data via analytics, ads, other embedded contents are termed as non-necessary cookies. It is mandatory to procure user consent prior to running these cookies on your website.
SAVE & ACCEPT 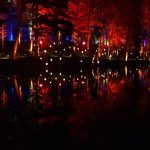 WISHING YOU ALL A VERY MERRY CHRISTMAS AND A HAPPY AND PROSPEROUS NEW YEAR!blog