Blog… A tongue in cheek lesson on how NOT to run a marathon!

So having completed the Stirling marathon way back in May and as my very first marathon and wet behind the ears, it was a valuable learning experience in how NOT to run a race!…I am sharing this with you now as I think I can actually only bring myself to talk about it after all this time 😳😊, however if it has happened to me then it could quite easily happen to someone else, so be warned!.

Firstly stick to your training plan if it has worked for you during your preparation. Sounds like common sense however it’s amazing how common sense does not always prevail on the day.

We had agreed how fast we should run and if we encountered steeper hills/ inclines to walk up them briskly so as to keep our breathing under control,  especially during the first half.. We planned to conserve energy so we could run a good second half. Not that we were going for a specific time but had an idea how long it should take us based on our long run of just over 21 miles a few weeks before. It wasn’t exactly as if we were going to be running beside Liz  McColgan or Zola Budd.

We also listened to far more experienced people saying over the tannoy at the start that the worst thing you can do is go off too quickly….Of course we wouldn’t do that…we’ve prepared!..Well why is then that the best laid schemes o’ mice, men and women gang aft agley?!….to ‘almost’ quote the great Robert Burns.

Ours certainly did, for me anyway. My lovely running coleague who I have to say was better prepared than myself and buzzing with excitement,(oh and 10 years younger!..) took on a new personality once we started to run and EVERYTHING went out of the window..

My Garmin was even shouting at me to SLOW DOWN, so eventually at Stirling University when I thought I was actually going to have a cardiac arrest, I had to persuade my running buddy to run her own race and I would do the same…secretly I actually thought once you have disappeared around the next corner I’m going to meet my friends who were at a local eatery in Bridge of Allan, as there is no way I can continue. We parted company with sadness and probably relief on both sides as we had trained together the entire time, however I knew it was the only way she would get a decent time and I would actually not die!..

Not long after our parting, fate played it part and I found another kindred spirit who was running and raising money for Motor Nerone Disease having travelled from St Andrews. She had encountered a similar experience to myself and we both became ‘best friends’  for the next 14 miles or so, supporting each other when required and also supporting others who were in an even worse state than ourselves, until we completed what we set out to do. Half an hour longer than anticipated and with blisters the size of golf balls!..

So the lessons learned were.

1. Stick to your training plan.
2. Run your own race.
3. Sometimes you are stronger emotionally than you realise if you dig deep enough.
4. Common issues create bonds even for short periods.
5. Support from people who were watching was ABSOLUTELY AMAZING and totally gave me the determination to finish, especially having to run past the finish line twice before you actually finished!..so a massive thank you to everyone who braved the horrible weather to encourage all the runners. Couldn’t have done it without you.

Last but not least. Wishing Shelagh lots of luck on Sunday when she and her partner Alan are running the Strathcarron 10k to raise money for the hospice. Great cause and good luck to everyone who is taking part.

Blog… A tongue in cheek lesson on how NOT to run a marathon!2017-10-172019-01-19https://stirlingmassageclinic.co.uk/wp-content/uploads/2017/03/stirling-logo-web.pngStirling Massage Clinichttps://stirlingmassageclinic.co.uk/wp-content/uploads/2017/10/img_1314-e1508249320170.jpg200px200px
Recent Posts
SITE MENU
STIRLING MASSAGE CLINIC
RECENT POSTS
OUR RECOMMENDATIONS AND PARTNERS

This website uses cookies to improve your experience while you navigate through the website. Out of these, the cookies that are categorized as necessary are stored on your browser as they are essential for the working of basic functionalities of the website. We also use third-party cookies that help us analyze and understand how you use this website. These cookies will be stored in your browser only with your consent. You also have the option to opt-out of these cookies. But opting out of some of these cookies may affect your browsing experience.
Necessary Always Enabled

Any cookies that may not be particularly necessary for the website to function and is used specifically to collect user personal data via analytics, ads, other embedded contents are termed as non-necessary cookies. It is mandatory to procure user consent prior to running these cookies on your website.

Frozen Shoulder? or Low Back Pain? ..Is your massage therapist really focused on YOU?blog 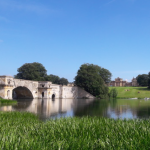